The BEST (Deputy) Headteacher in the World

Whenever I write a new book, I get the luxury of choosing who to dedicate it to. My child, of course (several times, as she has a habit of checking), my friend’s children, and my friends as well. But when I finished writing The Worst Class in the World, I had someone different in mind to thank. Someone who reminded me of both lead teachers in the book – the fearsome Mrs Bottomley-Blunt, who thunders down corridors in pursuit of foolish children, and the loveable Mr Nidgett, who secretly believes his class are the best of all.

You see, when I was at school, eighty bazillion years ago (yes, there were dinosaurs), our world was ruled not by our headmaster, Mr Cousins, who was so invisible we weren’t actually sure he existed, but by his deputy, Mr Pett.

Mr Pett was very much visible. He would appear from behind lockers, around corners, as if from nowhere on the school field to make sure you weren’t footling, shilly-shallying, or generally doing anything stupid. We lived in fear of his roar: ‘You, girl!’ But here’s the thing: we also adored him. He couldn’t resist a joke, at his or our expense, and he took great pride in helping those of us who needed a little extra push to reach our potential. 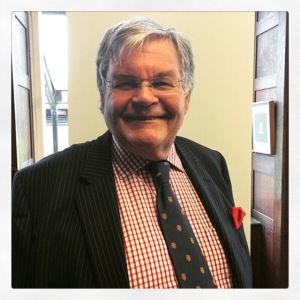 Very sadly, Mr Pett died not long ago, to an outpouring of memories from his former students. I like to think he’d be proud of me now (and be satisfied he was right in giving me that detention). I hope he can see how appreciated he was with a whole book dedicated to him, and his best moments inspiring a whole series.

A former broadcast journalist and special adviser to the prime minister, since leaving politics I’ve written more than 80 books for children and adults, as well as speeches for politicians, and articles for newspapers and magazines like The Guardian, Red and The Amorist. I also lecture in Creative Writing at Bath Spa University, and hold a doctorate in young adult literature. I’m a winner of the Fantastic Book Award and the Surrey Book Award, and have been shortlisted for the Roald Dahl Funny Prize, the Booktrust Best Book award and Queen of Teen among others, and twice nominated for the Carnegie Medal, for Everybody Hurts, and for Joe All Alone, which is now a BAFTA-winning and Emmy-nominated BBC TV series. I've also worked with Sir Chris Hoy on the Flying Fergus series and ghost-written Angry Birds under another name. I like London, New York, Essex, tea, cake, Marmite, mint imperials, prom dresses, pubs, that bit in the West Wing where Donna tells Josh she wouldn’t stop for a red light if he was in an accident, junk shops, crisps, Cornwall, St Custard’s, Portuguese custard tarts, political geeks, pin-up swimsuits, the Regency, high heels, horses, old songs, my Grandma’s fur coat, vinyl, liner notes, the smell of old books, the feel of a velveteen monkey, Guinness, quiffs, putting my hand in a bin of chicken feed, the 1950s, burlesque, automata, fiddles, flaneuring, gigs in fields on warm summer nights, Bath, the bath.
View all posts by Joanna Nadin →
This entry was posted in Uncategorized. Bookmark the permalink.

2 Responses to The BEST (Deputy) Headteacher in the World