That’s Not My Mother 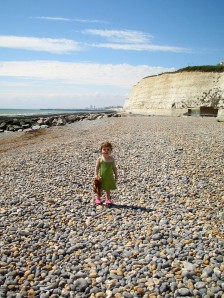 Something odd happens in the summer. Something I feel uneasy about. Something that, come July, I am really not sure I can cope with, yet somehow, by around this time in August, I have managed to drag myself through (albeit kicking and screaming) to face another year.

The horror is called “holiday”.

Holidays used to be something I begged for, longed for, lied for (“oh I am so sorry I cannot come into work to restock the pick and mix today but I have definitely contracted some kind of evil flu / measles / ebola” *skips off to Glastonbury with tent and three days worth of Spicy Nik Naks for sustenance*). Yet now, now I am my own boss, now it is my time I am stealing to waste on trashy magazines and Nobbly Bobblies, now I actually like, no, LOVE what I do for a living, holiday is something to be avoided at all costs.

And so it takes me a while to settle. A while before I can swim in the river, or fly the kite, or watch hot air balloons ascend just for the joy of it without thinking about what happens on page 38 and if it wouldn’t be better if it happened on page 35 or if that character was actually a monkey.

But once I’m there, it is worth it. Once I’m getting up and switching on CBBC instead of the computer. Once I’m wondering what to pack for a picnic instead of making do with a bowl of porridge that inevitably drips inside the keyboard causing the “H” key to stick. Once my daughter says to me “you are weird, and not like normal mummy at all”.

A former broadcast journalist and special adviser to the prime minister, since leaving politics I’ve written more than 80 books for children and adults, as well as speeches for politicians, and articles for newspapers and magazines like The Guardian, Red and The Amorist. I also lecture in Creative Writing at Bath Spa University, and hold a doctorate in young adult literature. I’m a winner of the Fantastic Book Award and the Surrey Book Award, and have been shortlisted for the Roald Dahl Funny Prize, the Booktrust Best Book award and Queen of Teen among others, and twice nominated for the Carnegie Medal, for Everybody Hurts, and for Joe All Alone, which is now a BAFTA-winning and Emmy-nominated BBC TV series. I've also worked with Sir Chris Hoy on the Flying Fergus series and ghost-written Angry Birds under another name. I like London, New York, Essex, tea, cake, Marmite, mint imperials, prom dresses, pubs, that bit in the West Wing where Donna tells Josh she wouldn’t stop for a red light if he was in an accident, junk shops, crisps, Cornwall, St Custard’s, Portuguese custard tarts, political geeks, pin-up swimsuits, the Regency, high heels, horses, old songs, my Grandma’s fur coat, vinyl, liner notes, the smell of old books, the feel of a velveteen monkey, Guinness, quiffs, putting my hand in a bin of chicken feed, the 1950s, burlesque, automata, fiddles, flaneuring, gigs in fields on warm summer nights, Bath, the bath.
View all posts by Joanna Nadin →
This entry was posted in Blog, Reading, Teen and tagged books, reading, relax, summer, Usborne. Bookmark the permalink.

1 Response to That’s Not My Mother